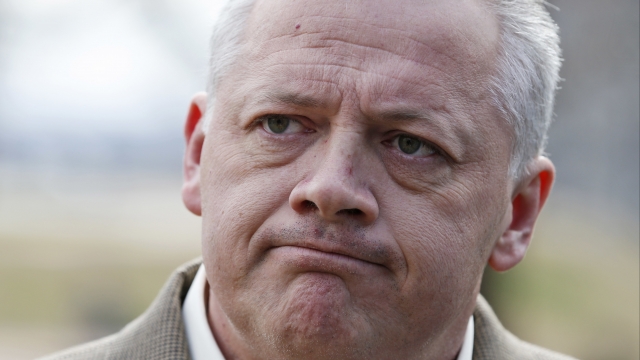 An incumbent Virginia congressman is accusing the 5th District Republican Committee of "voter fraud" after he lost his nomination.

U.S. Rep. Denver Riggleman tweeted there were reports of "voting irregularities and ballot stuffing" in the lead-up to the convention and said his team was "evaluating their options." He said: "voter fraud has been a hallmark of this nomination process and I will not stand for it. [The Virginia GOP] needs to reevaluate their priorities."

Riggleman seemed to have a leg up in the race. President Donald Trump had endorsed the incumbent. And he raised roughly $1.6 million — about $1.2 million more than Good.

Riggleman's campaign had previously requested a district-wide primary over a voting convention with 3,500 approved delegates, the latter of which typically leans further right.

It also requested the convention be moved out of Lynchburg, Virginia, accusing the GOP of giving Good an advantage by holding it in his home county and at the only voting site for the over 200-mile wide district. Both requests were denied.

Critics have said Riggleman's record on same-sex marriage, abortion and immigration was not conservative enough.

Good has openly opposed both same-sex marriage and abortion. The Roanoke Times reports he's advocated for an end to birthright citizenship and the accommodation of "immigrants and their native tongues"