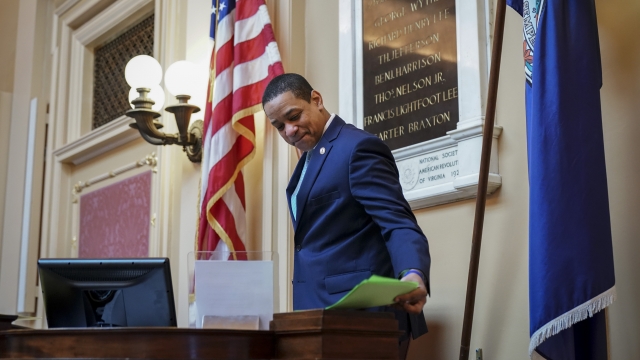 "If we go backwards and we rush to judgment and we allow for political lynchings without any due process, any facts, or any evidence being heard, then I think we do a disservice to this very body in which we all serve," Virginia Lt. Gov. Justin Fairfax said.

Fairfax compared himself to a lynching victim in response to calls for him to step down after he was accused of sexual assault. He made the comments in an  unexpected speech during a regular session of Virginia's Senate on Sunday.

After one Republican state senator thanked Fairfax for his "professionalism" during these "stressful times," Fairfax got up and gave a six-minute speech during the 50-minute session.

"I've heard much about anti-lynching on the floor of this very Senate, where people were not given any due process whatsoever, and we rue that, and we talk about hundreds, at least a hundred terror lynchings that have happened in the Commonwealth of Virginia under those very same auspices. And yet we stand here, in a rush to judgment, with nothing but accusations and no facts. And we decide that we are willing to do the same thing," Fairfax said.

Two women have accused Fairfax of sexually assaulting them in the early 2000s. He has denied both of the accusations, claiming his encounters with both women were consensual. Several lawmakers have called for Fairfax to step down, but the lieutenant governor has pushed back.

Instead, Fairfax has called for a "full, fair, independent, impartial, and non-political investigation by law enforcement."

Virginia Republicans are planning to hold a hearing to let the two women who accused Fairfax of assault testify. Fairfax has also reportedly been invited to testify.