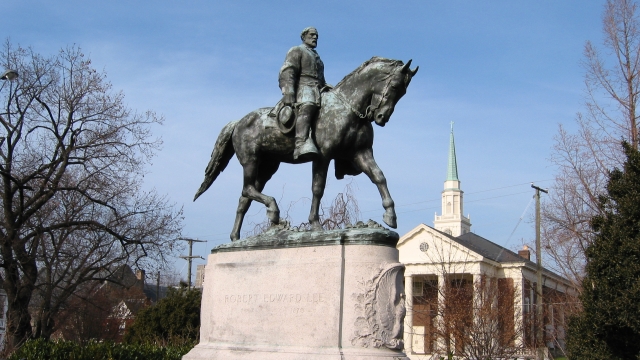 SMS
Virginia Judge Rules Confederate Statues Are Protected By State Law
By Ahmed Jawadi
By Ahmed Jawadi
May 1, 2019
​The judge ruled that despite how people may feel about the statues​, "that does not change what they are."
SHOW TRANSCRIPT

A Virginia judge has ruled that the city of Charlottesville cannot remove two Confederate statues, as they are protected by state law.

The circuit court judge ruled that despite how people may personally feel about the statues of Confederate generals Robert E. Lee and Stonewall Jackson, "that does not change what they are" – "monuments and memorials to them, as veterans of the Civil War." As such, the judge said the statues fall within the bounds of a state law. The law currently says that it's "unlawful for the authorities of the locality, or any other person or persons, to disturb or interfere with any monuments or memorials so erected."

The ruling comes almost two years after the Unite the Right rally drew hundreds of people to Charlottesville, including white supremacists, to protest the potential removal of Lee's statue. That rally turned violent as protesters clashed with counter-protesters. A man drove his car into a crowd of counter-protestors which resulted in the death of 32-year-old Heather Heyer. He has since pleaded guilty to federal hate crime charges.