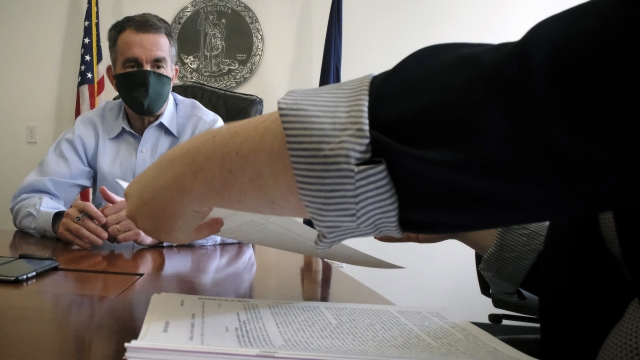 The governor of Virginia has signed bills making it easier to vote, ending a state holiday honoring two Confederate generals, as well as decriminalizing marijuana.

Gov. Ralph Northam signed legislation Sunday expanding early voting to 45 days and establishing Election Day as a state holiday and repealing a law that required a photo ID to cast a vote.

The Democratic governor said: "Voting is a fundamental right, and these new laws strengthen our democracy by making it easier to cast a ballot, not harder. No matter who you are or where you live in Virginia, your voice deserves to be heard. I'm proud to sign these bills into law."

Virginia is also getting rid of an official holiday which celebrated Confederate, slave-owning Generals Robert E. Lee and Stonewall Jackson. While supporters say Lee-Jackson Day recognized Virginia history, Northam said the holiday "commemorates a lost cause. It's time to move on."

Virginia also became the 27th state to decriminalize marijuana after Northam signed a bill removing jail time for possessing the drug. However, weed is not fully legalized and selling it will still be against the law.