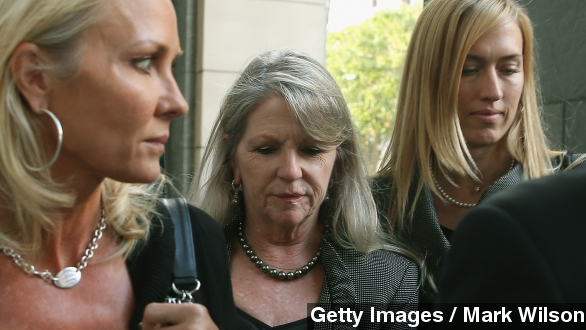 Maureen McDonnell was just sentenced to prison for a felony she committed while first lady of Virginia.

Virginia's former first lady was sentenced Friday to 12 months and one day in prison for corruption charges that her husband also faced.

The McDonnells were found guilty in September of doing favors for the CEO of a nutritional supplement company in exchange for gifts and low-interest loans.

At the sentencing, McDonnell said of the CEO: "I am the one who allowed the serpent into the mansion. The venom has poisoned my family ... and the Commonwealth."