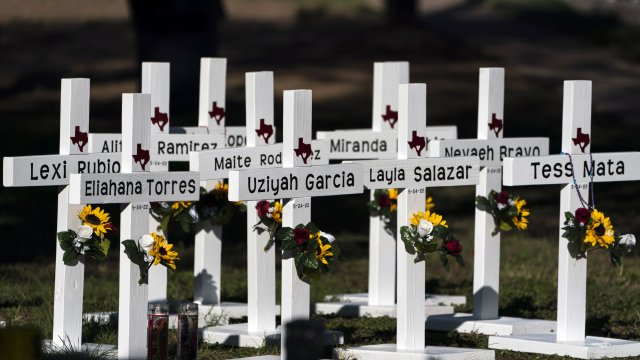 One of the unfortunate realities of mass shootings is they create an ecosystem where false information and conspiracy theories flicker to life. Then they spread like wildfire across social media. The Uvalde shooting was no different.

Often, mass shooting events are used by misinformation and disinformation spreaders to vilify their ideological opponents. As information about the Uvalde shooter’s identity trickled out, several far-right wing trolls on 4chan began falsely identifying the shooter as transgender, going as far as circulating photos of a transgender women who was uninvolved with the shooting, and falsely identifying her as a culprit. That falsehood gained extra traction after mainstream political figures like U.S. Rep. Paul Gosar of Arizona tweeted about it. In that same now-deleted post, he also falsely identified the shooter as an undocumented immigrant.

Routinely, the false claims made by these figures are rehashed from previous tragedies. Hours after the Uvalde shooting, several far-right figures claimed the event was a false flag, like they did for the Buffalo shooting. Their followers picked those claims up and spread them further.

Experts told Newsy that the consequences of these misinformation and disinformation spreads about major tragedies have hit a point where it’s damaging individual communities and democracy.