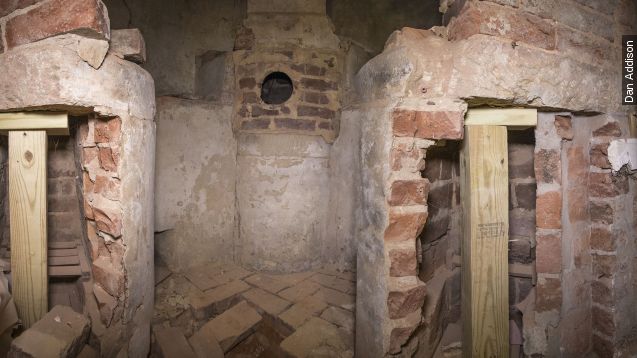 While updating the University of Virginia's rotunda, workers discovered a rare 19th century chemical hearth that was designed by Thomas Jefferson.

The lab had some features you'd find in any chemistry lab to this day, including heat sources and a ventilation system.

But the space was abandoned in the 1840s so a more advanced chemistry lab could be built to keep up with the advance of technology. It was bricked up and forgotten about until now.

But that brick may have inadvertently saved the historical laboratory. The solid exterior prevented it from being destroyed by a fire in 1895 and shielded it from renovations in the 1970s.

"As far as we know and what we've been told, this is the only surviving early 19th century chemical hearth in the United States and possibly the world," historic preservation architect Jody Lahendro told WVIR.

The lab will be available to tour as part of the visitor center when construction on the rotunda is finished in 2016. (Video via University of Virginia)