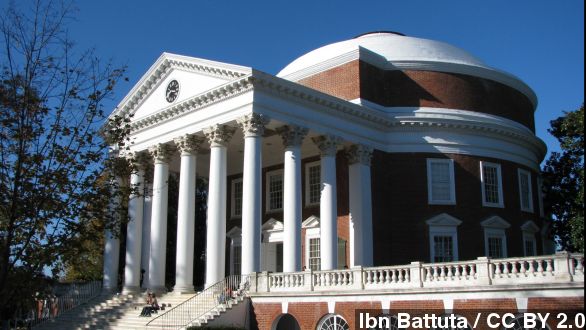 Two years after an alleged rape at a fraternity house on the University of Virginia campus, the school is now suspending all fraternity activities.

The university made the announcement Saturday, days after this Rolling Stone article debuted, detailing an alleged rape of a female student by seven men at UVA's Phi Kappa Psi house. The accuser says it happened in 2012 and the university didn't do anything about it.

UVA President Teresa Sullivan posted a statement reading, in part, "I write you today in solidarity. I write you in great sorrow, great rage, but most importantly, with great determination. Meaningful change is necessary ... This will require institutional change, cultural change, and legislative change, and it will not be easy. We are making those changes."

UVA faculty led a 'Take Back the Party' protest over the weekend where they called for change.

"Hundreds joined professors in their protests, painting the Beta Bridge on Rugby Road where most fraternity houses are located," WWBT reports.

Protestors say that it's not just that one fraternity that's an issue, but the culture throughout that campus that's at fault. While many have applauded the university's action to suspend all fraternities, some say it's unfair. (Video via CNN)

"CBS 6 spoke with a man off camera who says he's in Greek Life. He say he doesn't believe all the organizations should be punished for the allegations," a WTVR reporter said.

The ban will be in place until at least January 9th, 2015. Prior to the all-campus fraternity suspension, Phi Kappa Psi announced a voluntary suspension of its UVA chapter Thursday.