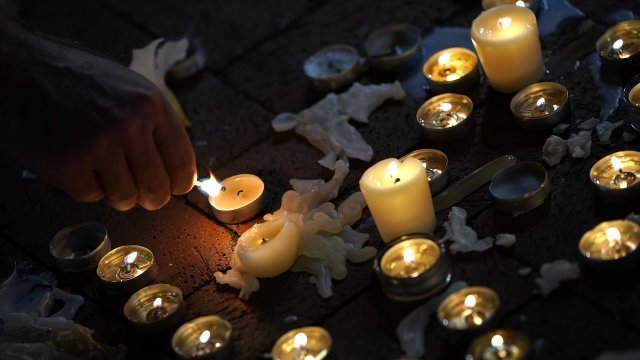 SMS
UVA's President Apologizes To Students Hurt In White Nationalist Rally
By Gabrielle Ware
By Gabrielle Ware
August 12, 2018
The University of Virginia's leadership has been criticized for not condemning violence at the "Unite the Right" rally harshly enough.
SHOW TRANSCRIPT

The president of the University of Virginia offered an apology to students injured in last year's Charlottesville riots.

Ryan became UVA's president earlier this month. The school's leadership has been criticized in the the past for not condemning violence at the rally, which left one person dead, harshly enough. Ryan's apology was reportedly the first from the president's office.

A statement by Ryan on behalf of the university read in part: "We do nothing more than to recognize our common humanity to say to those who were attacked around the statue last year, I am sorry. We are sorry."

Ryan said he thought the apology was "important for the process of healing."