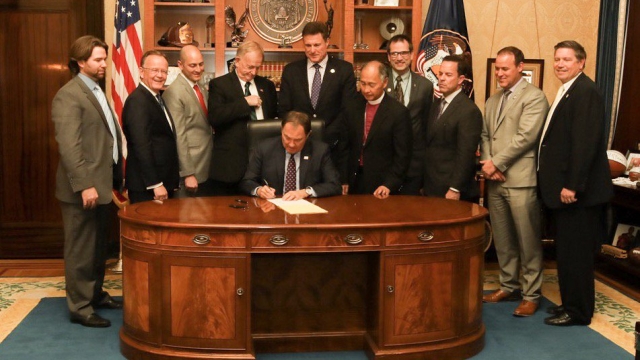 Utah's governor has signed a bill into law that limits the voter-approved expansion of Medicaid.

Gov. Gary Herbert said the new law "balances Utah's sense of compassion and frugality. It provides quality coverage to the same population covered by Proposition 3 in a meaningful, humane and sustainable way."

So here's what's going on: Back in November, Prop 3 was on the Utah ballot. It expanded the state's Medicaid program to "include coverage, based on income, for previously ineligible low-income adults" and used a state sales tax hike to pay for it. It passed with more than 53 percent of the vote.

But the law depends on a waiver from the federal government. That waiver would split the cost for the partially expanded Medicaid. The government would cover 90 percent, and the state would cover 10 percent. If the government rejects Utah's waiver applications, the state will revert to the full expansion plan.