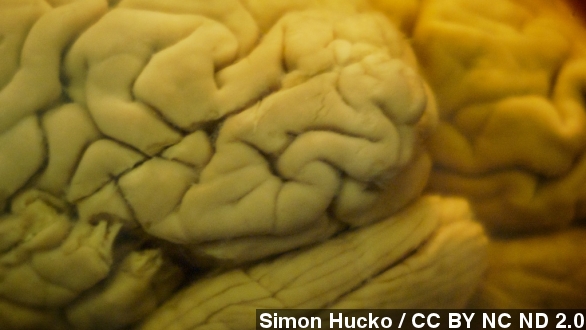 SMS
UT Says Missing Brains Were Actually Disposed Of
By Madison Burke
By Madison Burke
December 3, 2014
The University of Texas says its missing brains actually aren't missing. They were destroyed in 2002.
SHOW TRANSCRIPT

Remember the case of the 100 missing brains we told you about Wednesday morning? Well as it turns out, they weren't actually missing at all.

University of Texas officials released a statement Wednesday explaining its 100 human brains that were believed to be missing were actually disposed of in 2002. (Video via KEYE)

It was about half the university's collection that was reported missing earlier this week and a professor told the Austin American-Statesman, "We think somebody may have taken the brains, but we don’t know at all for sure."

Multiple outlets report the university obtained the brains in 1986 from the Austin State Hospital under a "temporary possession" agreement.

The collection included brains inflicted with Parkinsons, dementia and Down syndrome.

But the university says when it obtained them in the '80s they were in such poor condition they couldn't be used for research or teaching, so they were eventually destroyed.

University officials now say a committee will review the decision to dispose of the brains.

"As researchers and teachers, we understand the potential scientific value of all of our holdings and take our roles as stewards of them very seriously," UT said in a statement.

The University also said there was "no evidence" one of the missing brains belonged to sniper Charles Whitman, as previously thought. (Video via Discovery Channel)

UT says it's also looking into reports some of the brains were sent to other universities or health institutions.

This video contains an image from Simon Hucko / CC BY NC ND 2.0.