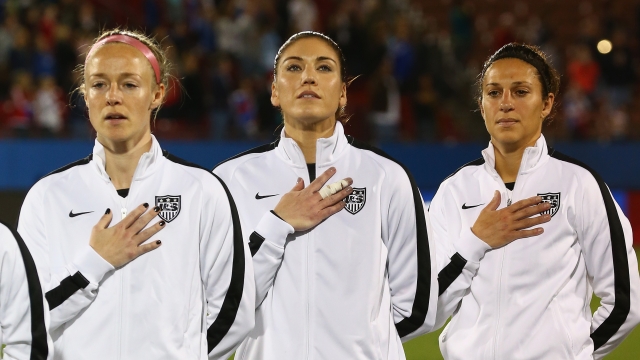 Not even a World Cup trophy can earn the U.S. women's soccer team the pay they say they deserve.

Five members of the U.S. women's soccer team are filing a wage-discrimination complaint against U.S. soccer seeking equal pay as their male counterparts.

From atrocious turf to downright unplayable fields, the U.S. women's soccer team says it's had a tough time getting the same respect as men.

Much of the money players earn comes from endorsement deals. Morgan reportedly makes an estimated $1 million or more off her endorsements with Coca-Cola, Panasonic and others.

The U.S. Soccer Federation released a statement on the complaint, saying: "We're disappointed about this action. We've been a world leader in women's soccer and are proud of the commitment we've made to building the women's game in the United States over the past 30 years."

This video includes clips from Fox Sports and Coca-Cola Co. and images from Getty Images.