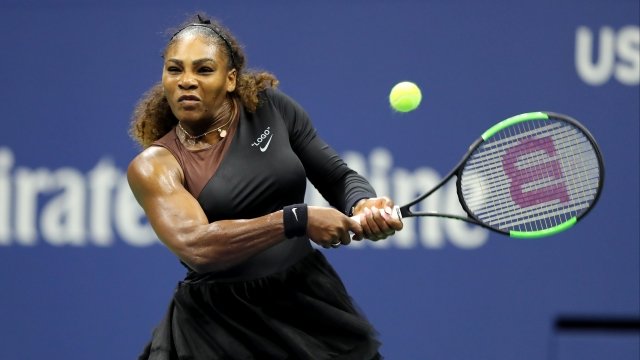 SMS
USTA Reviewing Policies After Umpire Issues At US Open
By Katherine Biek
By Katherine Biek
September 10, 2018
Some of the most talked about umpire issues were the controversial calls made during Serena Williams' match against Naomi Osaka.
SHOW TRANSCRIPT

The U.S. Tennis Association says it plans to review its policies after several umpires made controversial calls during the 2018 U.S. Open.

The most talked about are probably those made by the chair umpire during Saturday's match between Serena Williams and Naomi Osaka.

The umpire first issued Williams a warning for a coaching violation. He later docked her a point for smashing her racket mid-game and then finally issued a full-game penalty after Williams called him a "thief" for taking away the point.

Williams later accused the umpire of sexism and said there's a double standard between how men and women are treated on the court.

She's been fined $17,000 for the various violations — that money will come out of the $1.85 million in winnings she received for finishing runner-up.