USS Theodore Roosevelt Prepares To Head Back Out To Sea 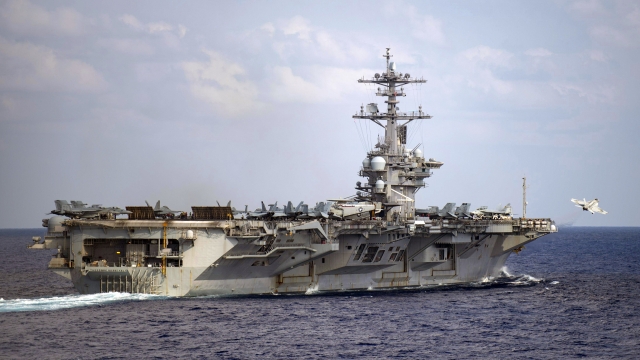 SMS
USS Theodore Roosevelt Prepares To Head Back Out To Sea
By Meg Hilling
By Meg Hilling
May 5, 2020
Roughly 1,000 crew members are still testing positive for the virus and will remain in Guam.
SHOW TRANSCRIPT

The USS Theodore Roosevelt is preparing to head back to sea following a highly publicized COVID-19 outbreak on the aircraft carrier.

Crew members disembarked onto the island of Guam in April so that they could be tested and treated for COVID-19. While roughly 1,000 crew members are still testing positive for the virus, the Associated Press reports that more than 2,000 sailors are back on board.

The ship will likely head out to sea in a couple of weeks for training, to check systems and to re-certify air crews. Sailors who are still in quarantine will remain in Guam, but will be picked up after the training mission is complete.

Running the ship now is Capt. Carlos Sardiello, who had previously led the Roosevelt.

The Navy announced last week that a broader investigation into the virus outbreak on the ship and the firing of former Capt. Brett Crozier is underway.