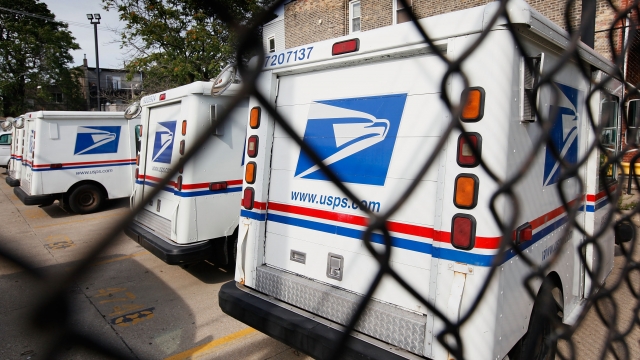 The U.S. Postal Service is considering making some big changes to its delivery schedule in order to reduce costs.

That didn't appear to go over well with congressional leaders.

"Did you say we're going to look at five-day service? Because that's very concerning," said Rep. Mark Meadows. "I understand it from a financial standpoint, but I don't understand how you can say your primary objective is to deliver mail, and that packages are a follow-on, and yet you're going to put the priority on seven-day delivery for packages and cut back mail to five days."

Here's why the USPS is seeking financial reforms: It's been losing money for more than a decade, and was down $3.9 billion during the 2018 fiscal year. Part of the issue is that first-class mail volume, which is the postal service's most profitable product, keeps declining.

Then, there's competition from other carriers, like UPS, FedEx and Amazon. President Donald Trump has blamed Amazon in the past for the postal service's financial issues.

Brennan said the USPS will have a finalized business plan to lawmakers in the coming weeks. Oversight Committee Chair Rep. Elijah Cummings said he thinks the House may be able to pass reform legislation by later this year.