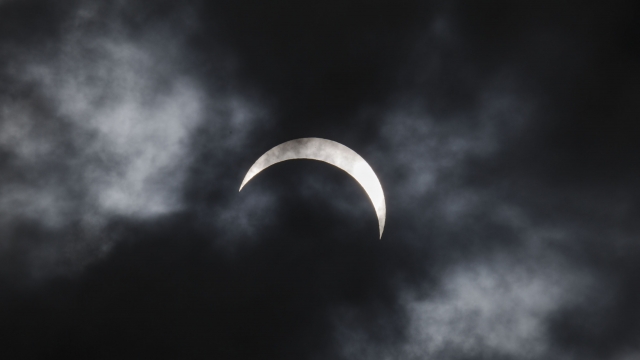 To celebrate the upcoming total solar eclipse, the U.S. Postal Service will offer a stamp that "eclipses" when you touch it.

The stamp reacts to heat. Touching it reveals an image of the moon, and as it cools, it turns back to black.

Just How Popular Is August's Total Solar Eclipse Going To Be?

The 2017 total solar eclipse is expected to attract millions of people to its path across the U.S.

The back of the stamp shows the path of the eclipse across the continental U.S.

It mimics what we can expect to see during the celestial event. As the moon passes in front of the sun, it should cast a shadow about 70 miles wide.

The last time a total solar eclipse swept across the U.S. from coast to coast was almost 100 years ago.