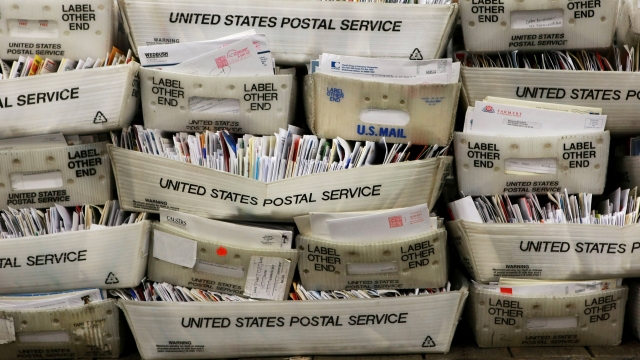 It's using self-driving trucks from startup TuSimple to try out a 1,000-mile route between mail distribution centers in Phoenix and Dallas.

The trial includes five round trips over a period of two weeks. Each truck will have a safety engineer and driver on board to monitor the truck's performance and safety.

Federal regulations limit the number of consecutive hours that a truck driver can travel. TuSimple says its technology can help with the longer routes, freeing up human drivers for shorter trips.

USPS has been looking at ways to save money after more than a decade of shrinking revenue due in part to a decline in first-class mail volume.

Earlier this month, the U.S. postmaster general told a congressional panel that the agency is considering cutting mail delivery to five days a week and expanding package delivery to seven days a week in order to save costs.