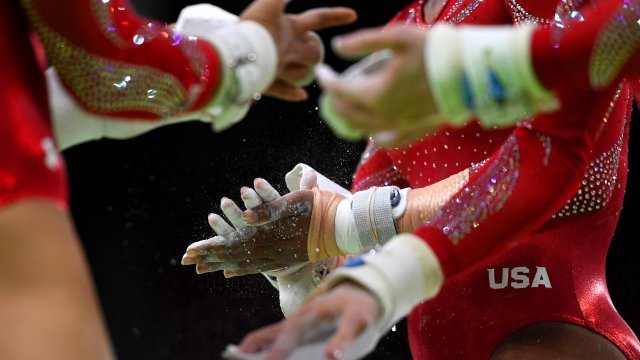 By Gabrielle Ware
November 5, 2018
USA Gymnastics has been criticized for allegedly not doing enough to protect athletes from sexual misconduct or to reform itself post Larry Nassar.
SHOW TRANSCRIPT

In that role, the group was responsible for training Team USA gymnasts. But the Olympic committee's decision follows complaints that USA Gymnastics did not do enough to protect its athletes from sexual assault.

In January, team doctor Larry Nassar was sentenced to up to 175 years in prison on multiple sexual abuse charges. The Olympic committee says USA Gymnastics "continues to struggle" with reform.

In a letter Monday, it said, "Over time, gymnastics clubs around the country may become members of a new organization that lives up to the expectations of the athletes and those that support them."

In the meantime, the Olympic committee will take control. In the letter, it told the gymnastics community, "You deserve better."