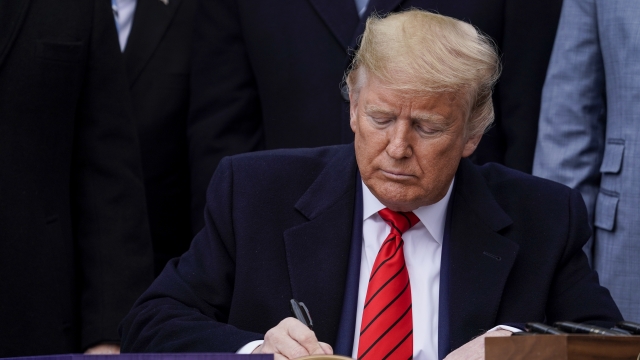 Labor rights are a key component of the newly ratified U.S.-Mexico-Canada Agreement. How well those labor provisions will work depends in large part on how they're enforced — particularly by the Mexican government.

Those laws will help bring the country in line with the USMCA, which dictates reforms to overhaul Mexico's ineffectual labor unions. New enforcement provisions pushed by House Democrats could prevent producers who violate these reforms from exporting their goods to the U.S.

David A. Gantz, a fellow at Rice University's Baker Institute for Public Policy, told Newsy: "If it works over time, and it's not going to be quick, it will raise the wages of a lot of Mexican workers. That's one area where he and Mr. Trump pretty much think alike, because Mr. Trump thinks if you raise Mexican wages, fewer people will move the factories or expand their factories in Mexico."

Mexico has already chafed a bit under the USMCA's new enforcement provisions. The country publicly objected to U.S. plans to station labor monitors in Mexico, only relenting after the U.S. promised the monitors wouldn't directly conduct inspections.

The dust-up reflects an anxiety from Mexico about U.S. economic interference: If Mexico can't enforce its USMCA obligations, the U.S. could use the deal to impose a good deal of pain on the country.

The USMCA still needs to be ratified by the Canadian Parliament before it goes into effect. Once that happens, the deal will define North American trade for at least the next 16 years.