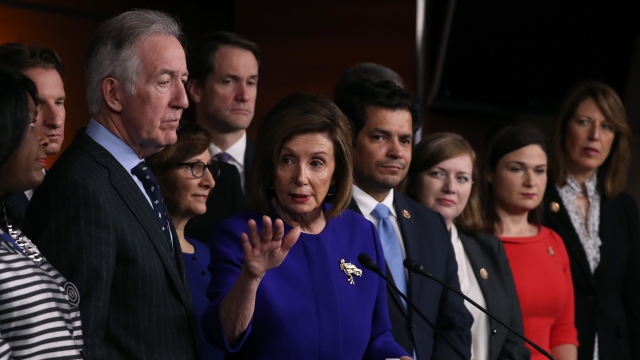 Securing new provisions to protect U.S. workers proved to be the key for House Democrats to sign off on the Trump administration's renegotiated trade deal with Canada and Mexico.

The U.S.-Mexico-Canada Agreement, or USMCA, includes provisions meant to reform Mexico's labor laws and protect workers' right to unionize. Those measures would in fact help US workers by discouraging companies from shifting jobs south to take advantage of Mexico's lax labor protections.

Rep. Richard Neal told reporters Democrats were able to insist on a new provision with Mexico that would allow independent inspections to make sure the USMCA labor reforms are actually going into effect.

The concessions were enough to earn the revitalized deal an endorsement from the AFL-CIO, the country's largest federation of labor unions, which has been a fierce opponent of the USMCA's precursor agreement NAFTA.

AFL-CIO President Richard Trumka said in a statement: "There is no denying that the trade rules in America will now be fairer because of our hard work and perseverance. ... Working people have created a new standard for future trade negotiations."

The agreement is also attracting some cautious words of support from Senate Democrats like Sherrod Brown, another longtime NAFTA opponent.

Brown told reporters, "The jobs flowing from the U.S. to Mexico, that should stop, or that should decrease dramatically."

Passing the USMCA through Congress will mark a big win for the Trump administration: President Trump made renegotiating the NAFTA agreement a key promise of his campaign.

But during a Politico event, House Speaker Nancy Pelosi said that the changes Democrats secured to the deal outweighed the political considerations of backing President Trump's trade policies.

Pelosi said, "We've really come to a consensus that I think would have been a missed opportunity not to do. Certainly wouldn't miss any opportunity because of the president occupying the White House. If he has collateral benefit, so be it."