Promoting Religious Freedom Abroad Is Strategic For The U.S. 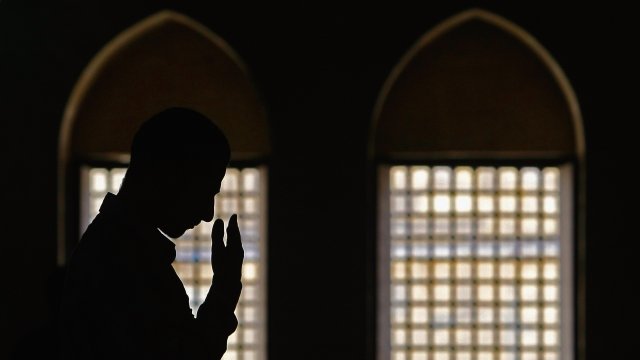 SMS
Promoting Religious Freedom Abroad Is Strategic For The U.S.
By Cliff Judy
By Cliff Judy
July 23, 2018
There are plenty of reasons to advocate for people of all faiths to practice what they believe. For the U.S., it's a national security strategy.
SHOW TRANSCRIPT

U.S. diplomatic and national security strategy tends to evoke thoughts of tanks, aircraft carriers and high-level officials shaking hands in front of cameras. But one of the best litmus tests for U.S. diplomats to know the state of another country is something not so easy to see — religious freedom.

Luke Perez — a post-doctoral fellow at the Kinder Institute on Constitutional Democracy — says promotion of religious freedom has served as a key U.S. strategy abroad for more than a century.

If a country oppresses its religious minorities or doesn't give them space to practice their faith, Perez says it's one of the first warning signs for diplomats that the country may soon be in trouble or pose a national security threat to the U.S.

Recent, high-profile examples abound — China's oppression of Uighur Muslims, Myanmar's military campaign against Rohingya Muslims and the genocide of thousands of Yazidis in northern Iraq by ISIS in 2014.

"Somebody who doesn't really have religious faith might be a little more skeptical about wondering why it's the government's job to protect it, especially if they think that it's religious faith that's the cause of conflict and never a solution to conflict," Perez says. "When, in fact, religion can be both. It can be a cause of conflict and of peace."

While the U.S. is the only military superpower with a dedicated office for international religious freedom and publishes an annual international religious freedom report, critics say U.S. policy during recent administrations has grown less proactive. The perception of a Supreme Court-upheld travel ban as primarily targeted at Muslims has also led other countries to call the Trump administration hypocritical in its efforts to defend religious minorities.