Using Facebook During Sex Happens More Than You Think 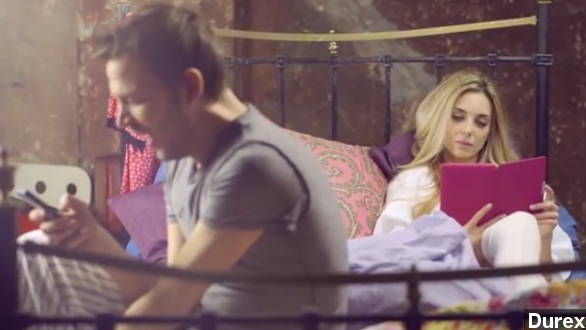 SMS
Using Facebook During Sex Happens More Than You Think

By Candice Aviles
March 25, 2014
Condom maker Durex polled 2,000 people in the U.K. and found 5 percent of them have used the social media site during sex.
SHOW TRANSCRIPT

Condom maker Durex polled 2,000 people in the United Kingdom and found 5 percent of them have done it. Not to mention 12 percent have answered the phone and 10 percent have read a text during sex. (Via Durex)

Talk about priorities. A writer for CNET says, "I'm not sure if I should be disturbed or impressed by such an apparent mastery of multitasking ... [but] combining the two probably means you're doing one of them wrong.”

To cut those people some slack, a writer for Time says it's understandable if, say, it's a really important phone call or text message.

"But Facebook? Can't you just wait till after you're done to find out what your co-worker's kid ate for breakfast? Seriously, guys. We need to draw the line somewhere."

Durex agrees and says Earth Hour is the time to break that habit. Its commercial asks everyone to unplug from technology and enjoy each other's company March 29 from 8:30-9:30 p.m. (Via Durex)

But maybe it's worth unplugging more often than one hour on a random day. Metro reports the study found 33 percent of people said technology gets in the way of their sex life.

The finding at least got people talking — and isn't a little publicity exactly the outcome a condom brand would hope for? PolicyMic gives Durex some props.

"It's clever marketing designed as a counter-narrative to our increasingly technological culture. But sexual satisfaction depends on a lot of factors, ranging from how much better you think other peoples' sex lives are to how often you do it."