USDA To Fund SNAP Through February Amid Partial Government Shutdown 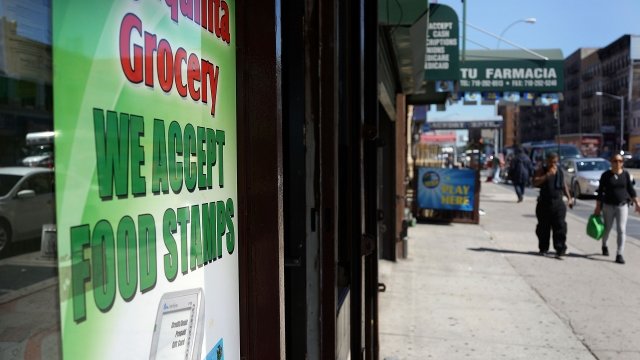 The Supplemental Nutrition Assistance Program, better known as SNAP or food stamps, will be fully funded through the month of February despite the government shutdown.

Secretary of Agriculture Sonny Perdue announced Tuesday the USDA is relying "on a provision of the just-expired Continuing Resolution" to keep the program going. He said the plan is similar to what's been done during natural disasters.

The USDA says it will issue a waiver allowing states to offer food stamps for the month of February early. They'll have until Jan. 20 to request and implement that waiver. The department also confirmed that another food assistance program, the Special Supplemental Nutrition Program for Women, Infants and Children, also known as WIC, will be funded through February, and that school meal programs will be funded through March.

So what happens if the shutdown doesn't end by next month? Food and Nutrition Service Administrator Brandon Lipps says the continuing resolution for February won't roll over into March. He said the USDA has a $3 billion contingency fund, but that probably wouldn't be enough to provide full benefits for all of the people who use the program. For the month of February, the department estimates SNAP will cost about $4.8 billion.

Purdue told reporters the best bet to ensure people get their food stamps in March is for the House and Senate to agree on appropriations legislation and send it to the president's desk.