USDA To Announce First Phase Of Coronavirus Relief For Farmers 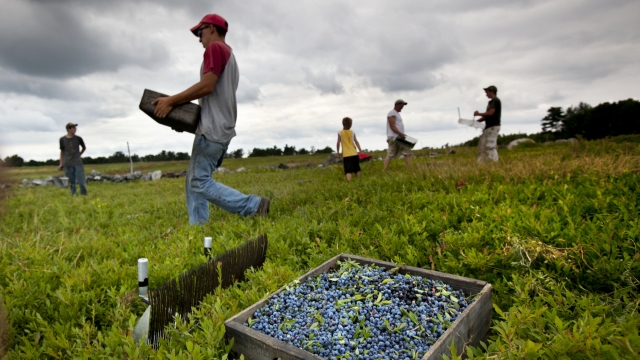 The Trump administration reportedly plans to announce its first phase of coronavirus aid for farmers as early as this week.

That's what three sources told Reuters. The initial plan will reportedly cost as much as $15.5 billion.

That money will be used to give direct payments to farmers. The U.S. Department of Agriculture will reportedly pull some of the funds from the $23.5 billion that Congress set aside for farm relief in a coronavirus stimulus package passed in March.

"You see what's happened to farmers got hurt very badly by all of this. People are eating less from the standpoint that there's no restaurants are open. No businesses are open. No hotels are open. They'll start to come back, but we're going to be helping out our farmers," the president said.

The American Farm Bureau Federation urged Perdue earlier this month to get that assistance to farmers "immediately." It noted certain sectors, including dairy farmers, the produce industry and livestock groups, have been hard-hit by the pandemic.