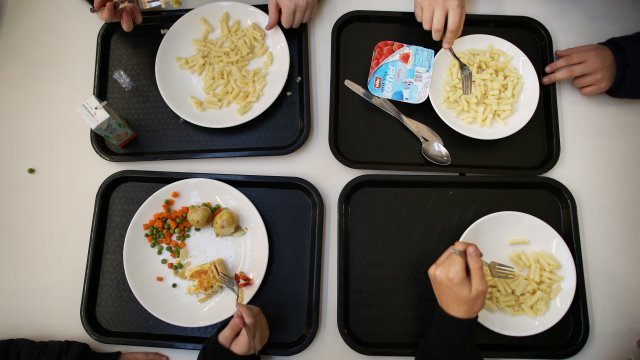 On Thursday, the United States Department of Agriculture announced that it would relax nutrition standards for school lunches that were initially implemented during the Obama administration.

Under the new guidelines, low-fat milk would be offered in different flavors, whereas the previous rule only allowed fat-free milk to be flavored. Only half of the grains in a school lunch will now have to be whole, as opposed to all grains needing to be whole.

The proposed changes will also allow schools to delay reducing sodium levels until 2025, but not to the level the Obama administration had required.

Agriculture Secretary Sonny Perdue explained in a press release that meals need to be both nutritious and "appetizing" at the same time. “If kids are not eating what is being served, they are not benefiting, and food is being wasted."

The final rule will be published by the USDA on Wednesday.