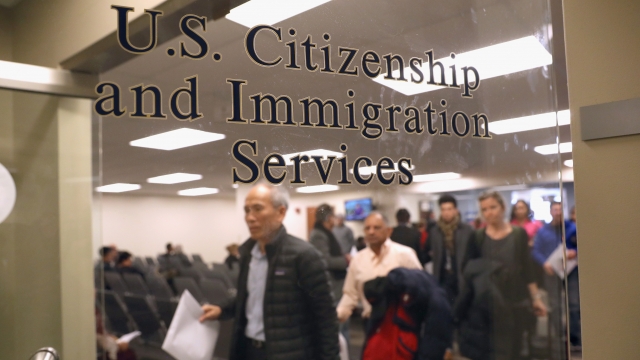 On Monday, the Trump administration said it's reconsidering its decision to deport undocumented immigrants who are facing life-threatening health crises. Officials made that decision last month, but it's faced public backlash and condemnation from the medical establishment.

Undocumented immigrants in the program have to ask for a renewal of "deferred action" protections every two years. That lets them stay in the U.S. while they or their family members receive life-saving medical treatment. U.S. Citizenship and Immigration Services says it gets about 1,000 of these requests a year. But on Aug. 7, it ended the program without notice and said it was no longer taking renewal requests. The agency sent letters to immigrants who were applying for renewal saying they had to leave the U.S. within 33 days or face deportation.

Members of Congress urged USCIS to reinstate the program. In a letter sent Aug. 30, they wrote, "This decision will have lasting and serious implications for affected families and in many cases will result in individuals being forced to return to countries where the absence of necessary medical care threatens their survival."

On Monday, USCIS said it was "appropriate" to limit its own role in deferred action, but that it would "complete the caseload that was pending on August 7." An official told The New York Times that USCIS is taking "immediate corrective action to reopen previously pending cases for consideration."

The agency also said deportation proceedings were not initiated against any of the immigrants who got the letter. But it did not say if the program would continue after the current pending requests are completed.

An agency official told the Times: "Whether a very limited version of deferred action will continue forward at USCIS is still under review. More information will be forthcoming."