USA Gymnastics President Steps Down Days After Taking The Job 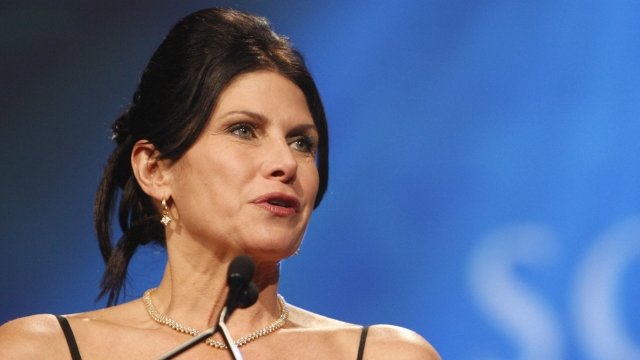 Another high ranking official at USA Gymnastics is stepping down.

Interim President Mary Bono resigned after less than a week on the job.

Multiple athletes criticized Bono's appointment for a variety of reasons, including the fact that her law firm represented USA Gymnastics during the Larry Nassar sex abuse scandal.

Olympic gold medalist and Nassar survivor Aly Raisman questioned USAG on Twitter saying, "Why hire someone associated with the firm that helped cover up our abuse?"

And Nassar survivor Sarah Klein said by hiring Bono, "USAG is making a MOCKERY of our abuse." Klein has called for the the organization to have their certification stripped, and to completely clean house.

In her statement, Bono said her "withdrawal comes in the wake of personal attacks that, left undefended, would have made my leading USAG a liability for the organization."

That's in response to Olympic gold-medalist Simone Biles calling out Bono for tweeting a photo that showed her defacing a pair of Nike shoes. Bono posted that tweet after Nike unveiled its new ad campaign featuring Colin Kaepernick.

Nike is also a sponsor of Biles, who sarcastically posted to Twitter, "don't worry, it's not like we needed a smarter USA gymnastics president or any sponsors or anything." Bono has since deleted the tweet and apologized.