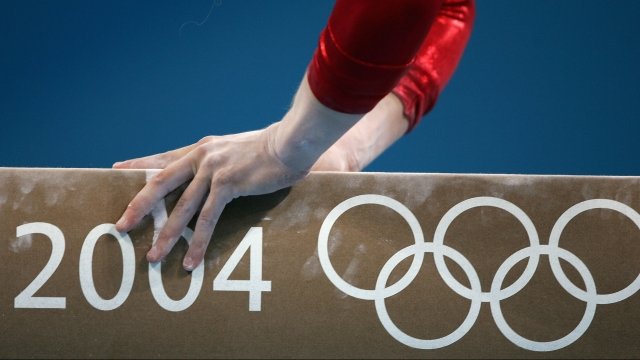 Kerry Perry, the CEO of USA Gymnastics, was in Congress today to talk about the Olympic community's role in protecting athletes from sexual abuse.

"First, I want to apologize to all who were harmed by the horrific acts of Larry Nassar," Perry said.

Her appearance comes a day after the U.S. Olympic Committee said it would provide a $1.3 million grant for some gymnasts who survived sexual abuse. The grant money will be donated to the Athlete Assistance Fund. The program was established by USA Gymnastics and provides support to gymnasts who've been abused.

USOC is still recovering from the fallout of a sexual abuse scandal involving team doctor Nassar. More than 265 gymnasts accused him of sexual abuse under the committee's watch.

Nassar was sentenced to 40 to 125 years in prison in February after pleading guilty to three counts of criminal sexual conduct in Eaton County, Michigan. That's on top of a 60-year sentence for federal child pornography charges and a 40- to 175-year sentence for multiple sex crimes in another Michigan county.

The U.S. Olympic Committee says the grant "is among a series of reforms and actions ... to address problems within USA Gymnastics."

Separate from the million-dollar grant, the USOC says it's also setting up a program for abuse survivors from other sports. It's expected to be ready by the end of the year.

Correction: A previous version of this story said the U.S. Olympic Committee grant was for $1.3 billion. It's for $1.3 million. The story has been updated.