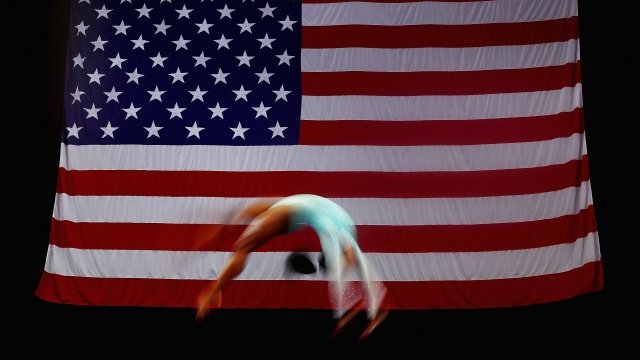 By Cristina Mutchler
December 5, 2018
In a statement, the organization said filing for Chapter 11 will let it "fully operate" while resolving sex abuse claims against Larry Nassar.
SHOW TRANSCRIPT

In a statement, the organization said the filing will let it "fully operate" while resolving abuse claims involving Nassar.

Nassar was sentenced to 40-175 years in prison on multiple criminal sexual abuse charges earlier this year. Investigations, testimony and victim impact statements outlined widespread abuse of gymnasts connected to USA Gymnastics and Michigan State University at the hands of the former doctor.

The organization has seen a lot of changes in leadership amid fallout from the scandal. Since March 2017, three CEOs and the entire board have resigned, among others. A new board was appointed in June.

USA Gymnastics says it's working with the U.S. Olympic Committee to sort out next steps for the sport and implement initiatives to protect gymnasts.