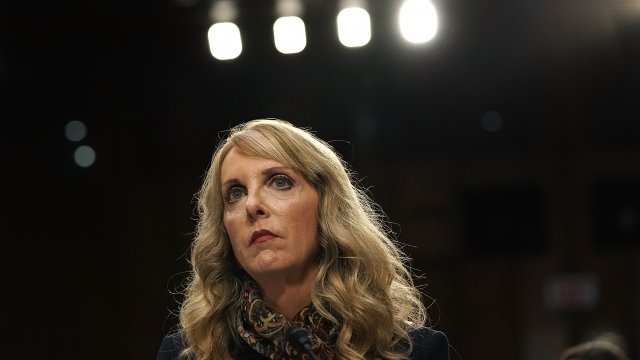 The CEO of USA Gymnastics has stepped down.

USA Gymnastics announced Kerry Perry's resignation Tuesday, saying it's effective immediately. The organization said its board has started searching for an interim CEO and is in the process of establishing a committee to find a permanent replacement.

Multiple outlets report Perry was forced out after months of criticism from former Olympic athletes and current team members. She was brought on in December to replace the CEO who resigned in the wake of the scandal surrounding former team doctor Larry Nassar.

USA Gymnastics brought on a coach last week to be the women's elite development coordinator, but that move was reversed after the coach reportedly inappropriately contacted one of the survivors of sexual abuse by Nassar.

The coach had also been criticized for supporting Nassar as misconduct allegations against the doctor surfaced.

The U.S. Olympic Committee's CEO told reporters last week that it was "time to consider making adjustments in the leadership."