Trump Won't Nominate A Representative For UN Committee On Racism 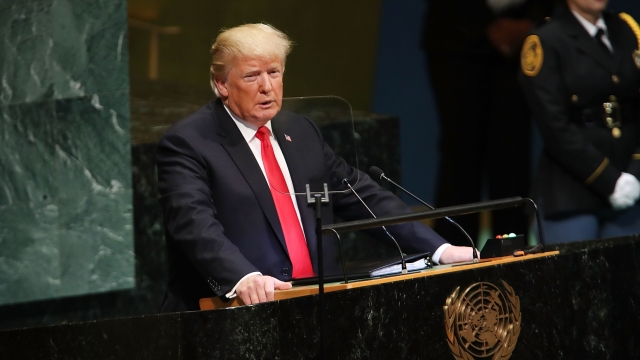 President Trump will not nominate a representative for the U.N. Committee on the Elimination of Racial Discrimination.

U.S. officials say the administration considered choosing someone for the 18-member committee but may have just missed the deadline. The committee calls for independent experts with "high moral standing and acknowledged impartiality" to further a 1960s convention's goal of ending all forms of racial discrimination.

The same State Department official says the failure to name a new committee member "cements the narrative that the Americans just don’t care about these kinds of things anymore." But another administration official said not nominating a candidate "in no way diminishes our global leadership on efforts to eliminate racial discrimination.”

The president has pulled the U.S. out of a few other international collaborations, including the Paris climate accord, the Iran nuclear deal, the Trans-Pacific Partnership trade agreement and the U.N. Human Rights Council.

The White House has not given a reason why McDougall's renomination was canceled just days after she was told she'd remain the position. Her four-year term will end in January.

She told Politico, "I regret that I'm not able to continue, and that was not of my choosing."