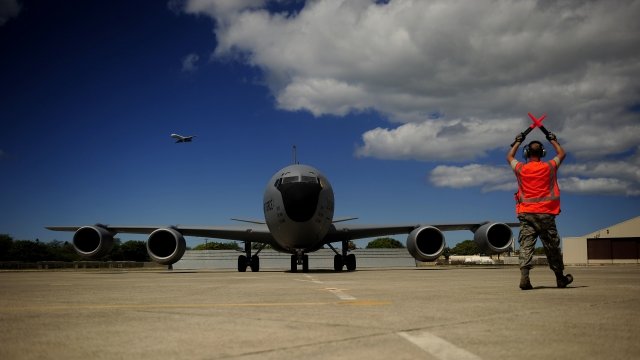 SMS
US Withdraws China's Invite To RIMPAC Military Drills
By Jake Jones
By Jake Jones
May 23, 2018
The Pentagon says it's because China has been building up disputed islands in the South China Sea to use as military bases.
SHOW TRANSCRIPT

The U.S. no longer wants China participating in a joint naval drill in the Pacific.

The Rim of the Pacific exercise, commonly called RIMPAC, is a drill the U.S. hosts every other year. Several countries participate, and China has been involved since 2014.

But the Pentagon said it disinvited China from this year's drill, because of the country's continuing steps to militarize the South China Sea.

China has been building up disputed islands there to use as military bases. China's air force recently announced it landed nuclear-capable bombers on one of the islands. The Pentagon says it has "strong evidence" China has also deployed anti-ship missiles, surface-to-air missiles and electronic jammers to the islands.

The drill will take place in June and July.