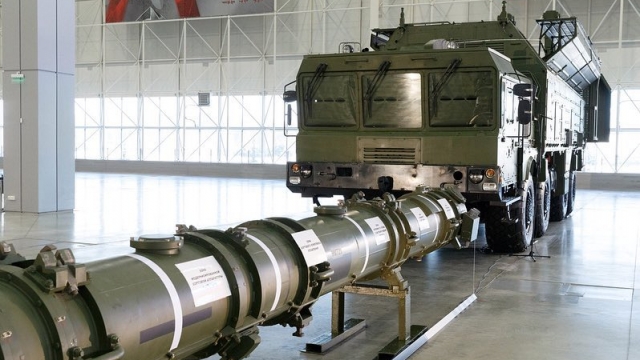 Secretary of State Mike Pompeo announced the decision Friday, which had been expected for a while now.

The U.S. is officially pulling out of the Intermediate-Range Nuclear Forces Treaty.

Secretary of State Mike Pompeo announced the decision Friday, which had been expected for a while now.

"Russia has jeopardized the United States' security interest, and we can no longer be restricted by the treaty while Russia shamelessly violates it," Pompeo said.

Here's the issue: The U.S. says Russia has been violating the Cold War-era treaty, which effectively bans land-based nuclear missiles with certain distance ranges. But Moscow insists it hasn't breached the pact.

Both sides met in Beijing this week to talk about their differences over the treaty. But U.S. and Russian officials said those talks didn't go so well, and they were unable to come to an agreement.

Late last year, the U.S. warned it would walk away from the treaty if Russia didn't comply with the terms by Feb. 2. It will take about six months for the U.S. to formally withdraw from the pact.