US Withdrawal From Syria Leaves Stabilization Efforts In The Wind 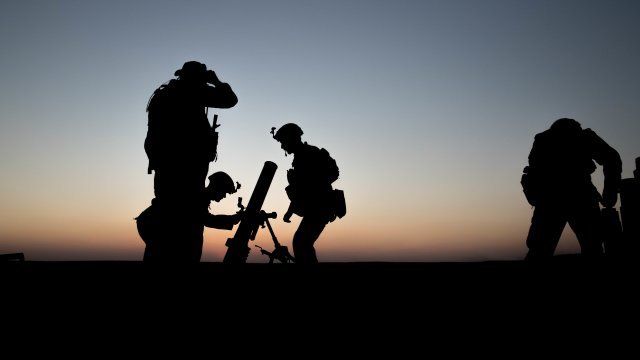 SMS
US Withdrawal From Syria Leaves Stabilization Efforts In The Wind

By Jake Godin
December 19, 2018
If stabilization efforts are hampered, President Trump's decision to withdraw U.S. troops from Syria may give ISIS more room to make a comeback.
SHOW TRANSCRIPT

ISIS has lost a massive portion of its territorial claims in Iraq and Syria since it's peak around 2014.

It's part of the reason President Donald Trump has announced he's pulling the 2000 or so U.S. troops out of the eastern part of Syria, where they've been stationed for more than three years.

But here's the thing, those territorial gains are really only half the battle. Top State Department and Pentagon officials agree that there's something just a vital: stabilization.

U.S. officials have consistently stressed the importance of securing the region’s longterm success. Without necessities like infrastructure, water, and power — the post-ISIS environment in Syria will be too fragile to rebuff an ISIS resurgence. And the U.S. has a long way to go before it's work is finished. 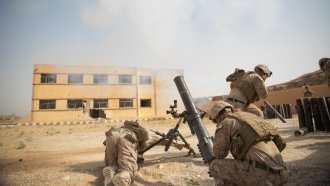 "I'm not at all complacent about the work that remains to be done. … I would say we're well along in clearing ISIS from the ground that they've held in Syria and we still have a lot of work to do in terms of the stabilization phase."

Another part of this effort is training local forces to ensure the stability sticks. The U.S. military estimates this'll take 35 to 40,000 local forces. So far, only about 20 percent have been trained and equipped.

"We have obviously learned a lot of lessons in the past, so we know that once the physical space is defeated, we can’t just pick up and leave. So we’re prepared to make sure that we do all we can to ensure this is enduring."

And ISIS hasn't lost all of its territory. Not yet at least. The last estimate was that the group was still in control of less than one percent of its territory, mostly near the Euphrates River that cuts through northeastern Syria.