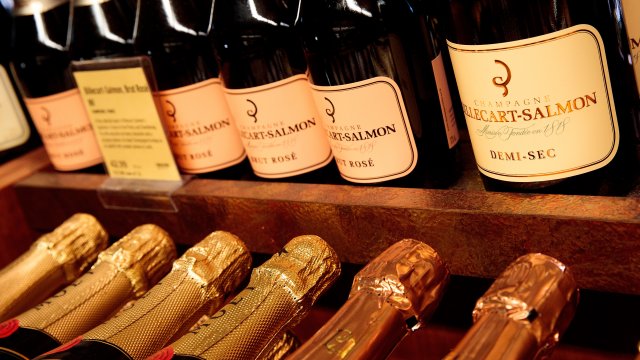 A brewing trade rift between the U.S. and Europe could have dire consequences for the U.S. wine industry.

The U.S. is mulling new tariffs of up to 100 percent against France, in retaliation for the country's new tax on U.S. digital companies. The tariffs could double the cost of imported French champagne and sparkling wine — which would potentially send the price tag of a $70 bottle soaring to around $130.

This comes after the U.S. levied a 25 percent tax on around $2 billion worth of European wine imports in 2019. That was the result of a spat between the US and E.U. over aircraft subsidies. The Trump administration is now considering upping those tariffs to 100 percent as well.

The cost of all of these tariffs would fall squarely on the shoulders of U.S. wine importers — small businesses that ship foreign wines in to wholesalers, which then sell it to retailers and restaurants. Added costs could force those import businesses to shed staff or even close down. 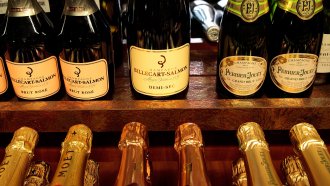 European wineries, by contrast, probably won't be hurting for customers even if the U.S. imposes new penalties on their exports.

Tom Wark, the Executive Director of the National Wine Retailers Association, told Newsy: "[Europe's] wines are in demand, and they'll find other places to sell them. ... Those producers in Europe will have looked other places to move that inventory. And they will have been successful in doing it. And so American importers will no longer have access to those wines."

Wine e-commerce business Drizly says that tariffs could eliminate or reduce access to 13 percent of the products sold on their platform. The company's Vice President of Legal Affairs Jacqueline Flug told Newsy, "If you suddenly took all those EU wines off the market, it's not like California could make the same product in the same amount."

So far, the Trump administration hasn't indicated when any new wine tariffs will take effect, if at all. The U.S. and France are supposed to hash out their digital tax differences at an international forum in Davos, Switzerland this month, which could keep the new tariffs from going into effect.