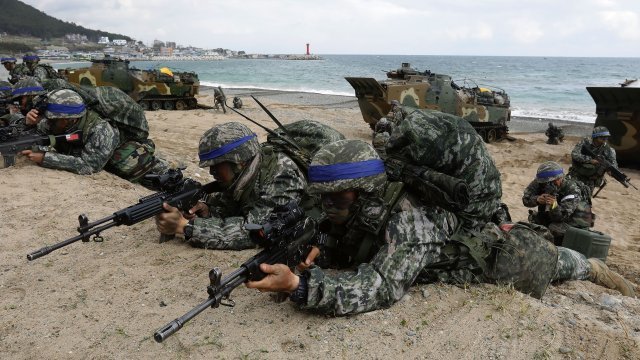 The U.S. and South Korea will scale back — but not scrap — a major joint military exercise the countries have planned.

Past exercises have involved as many as 300,000 troops, including land, air and naval forces. Earlier this year, President Trump criticized the cost of the wide-ranging exercises.

Both countries' armed forces have reigned in military exercises over the last few months, even canceling several planned outings. North Korea has considered past exercises provocations and called for them to end.

Relations with Pyongyang have been up and down since the Singapore summit in June. While North Korea has moved toward allowing nuclear inspectors into the country, it has also threatened to restart its nuclear program over sanctions.