The US Will Pay Native American Tribes $490M To Settle Lawsuits 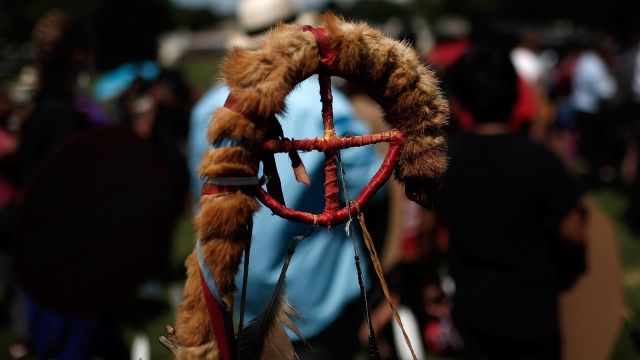 SMS
The US Will Pay Native American Tribes $490M To Settle Lawsuits
By Briana Koeneman
By Briana Koeneman
September 27, 2016
The Obama administration says it has now settled the "vast majority" of the tribes' disputes, some of which date back about 100 years.
SHOW TRANSCRIPT

The U.S. has settled lawsuits with more than a dozen Native American tribes that accused the government of mismanaging their funds and natural resources.

According to the Department of the Interior, the Obama administration will pay over $490 million to 17 tribes located across the country.

The administration says it has now settled the "vast majority" of the tribes' disputes, some of which date back about 100 years.

Since 2012, the U.S. government has paid $1.9 billion to resolve cases with nearly 60 different tribes.

But one of the biggest problems thousands of Native Americans have with the federal government has yet to be solved — the Dakota Access Pipeline.

SEE MORE: Department Of Justice Steps In To Stop Construction On Pipeline

Tribes from across the country have joined the Standing Rock Sioux in North Dakota to protest the crude-oil pipeline.

They say it not only threatens their water supply but also violates sacred land.

The settlement announcement came the same day President Obama spoke at his eighth and final White House Tribal Nations conference, which he created his first year in office.

Obama did not directly mention the pipeline during his remarks. He has not taken a stance on the project.