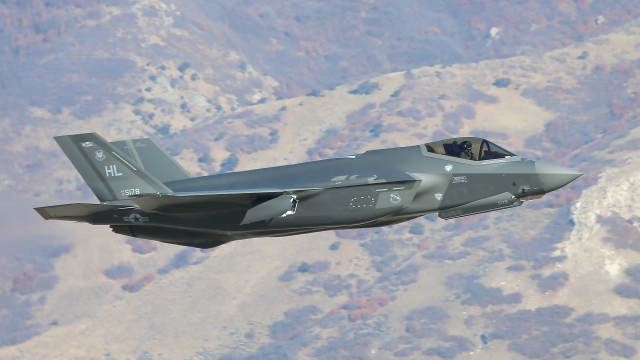 SMS
US Warns Of 'Grave Consequences' If Turkey Buys Russian Missile System
By Ahmed Jawadi
By Ahmed Jawadi
March 8, 2019
​​Some of those consequences would include withholding deliveries of the F-35 jet and the Patriot missile defense system to Turkey.
SHOW TRANSCRIPT

The U.S. has warned Turkey there would be "grave consequences" if it goes ahead with its deal to buy a Russian missile defense system.

A Defense Department spokesperson said Friday some of those consequences would include withholding deliveries of the F-35 jet and the Patriot missile defense system to Turkey. The U.S. wants Turkey to buy the Patriot missile system, instead of Russian defense systems. Some U.S. officials are concerned if Turkey purchases the Russian-made S-400 missile system then Russia could gather technical information on the F-35s.

Turkish President Recep Tayyip Erdoğan said Wednesday, Turkey and Russia have already reached an agreement on the S-400 system, and that there was "no turning back."

Turkey is one of nine countries involved in the F-35's development, and the U.S. has agreed to sell the country 100 of its latest fifth-generation fighter jets. Only two of the aircrafts have been delivered so far, as Congress ordered a delay in future deliveries last year. U.S. officials visited Turkey earlier this week specifically to work on the issue.