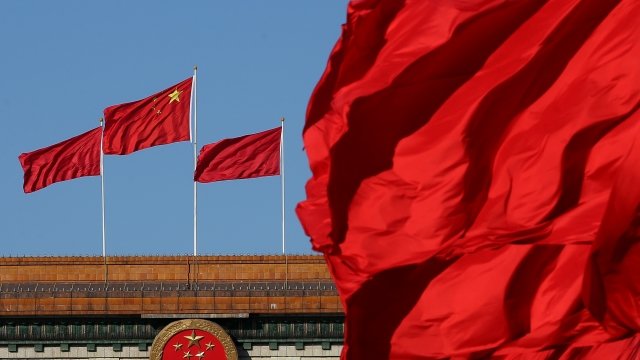 SMS
US Wants People Booted From China Over N. Korea's Nuclear Program
By James Packard
By James Packard
January 24, 2018
The U.S. says people in China and Russia who are working for North Korean financial networks should be forced to leave.
SHOW TRANSCRIPT

The U.S. wants China and Russia to kick out anybody in their countries who's helping raise money for North Korea's nuclear program.

The U.S. Treasury Department sanctioned several entities, individuals and ships Wednesday. It named 16 people it thinks are working for the North Korean regime or for a North Korean "financial network."

Of those people, at least 11 are in China, and at least three are in Russia. The Treasury Department pointed to a U.N. resolution that says countries have to expel people who are working in their country at the direction of a North Korean bank or financial institution.

The Treasury Department says five of those it listed fit that description.

In China in particular, perhaps it's not surprising the U.S. found so many people working at the benefit of Kim Jong-un and his nuclear ambitions. The Council on Foreign Relations says China is North Korea's most important trading partner; China has helped sustain Kim, even as it's advocated for denuclearizing North Korea.