US Unions Just Hit An All-Time Low In Membership 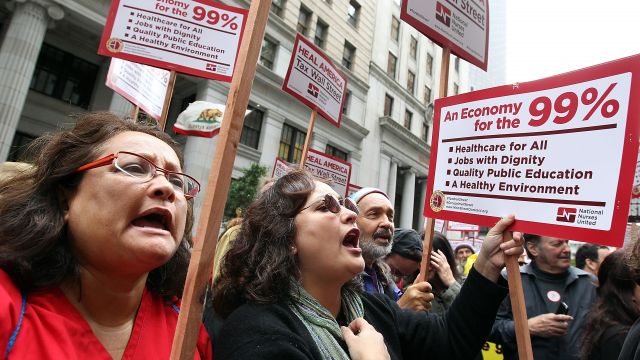 SMS
US Unions Just Hit An All-Time Low In Membership
By James Packard
By James Packard
January 26, 2017
The U.S. Bureau of Labor Statistics says union membership in the U.S. is at an all-time low.
SHOW TRANSCRIPT

The number of Americans in a union hit an all-time low last year.

According to the Bureau of Labor Statistics, less than 11 percent of Americans were part of a union in 2016. That's the lowest number since the bureau started keeping track in 1983.

And in some Southern states, the number of workers in a union dropped below 5 percent. Business leaders say the numbers are a sign that workers are uninterested in unions.

And those numbers could get worse. Legislation making it harder to unionize will probably enjoy federal support from the Republican-controlled White House, Congress and Supreme Court.

The Economic Policy Institute says there's definitely a correlation between the level of U.S. union membership and the amount of income going to the top 10 percent of earners.

Rates of union membership and income inequality are roughly where they were during the 1920s. Those trends didn't reverse until 1936 near the end of the Great Depression.