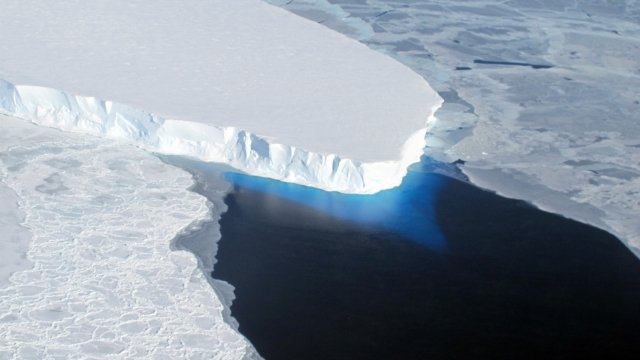 SMS
A Huge International Mission Investigates Glaciers' Melting Problem
By Evan Thomas
By Evan Thomas
May 2, 2018
New science missions to Thwaites Glacier should give us a better understanding of how the world's ice melts and the risks that presents.
SHOW TRANSCRIPT

In recent decades, glaciers have started melting faster and contributing to rising sea levels. Now, science groups in the U.S. and the U.K. are planning one of the largest and most expensive efforts ever to learn more about the dangers of our disappearing ice.

Scientists already know Earth's polar regions are at special risk from feedback loops, in which a warming climate makes glacial ice more likely to melt into warm water. This water seeps under the glacier's base, which melts more of it and contributes even more warm water to the cycle.

This feedback loop is especially apparent at Thwaites Glacier, a Florida-sized chunk of ice on the edge of Antarctica. It's already in "rapid retreat," and scientists worry if too much of the glacier melts, the whole thing could collapse.

It could cause several feet of global sea level rise, and that's from just one glacier. Thwaites and other glaciers on the edge of the continent act as seawalls for the snow and ice behind them. If Thwaites goes, much of the glacial basin goes with it.

At least, that's what climatologists' models say. To really understand the risks, scientists need to be on the ice itself — hence five years of joint expeditions to one of the most remote spots on the planet. 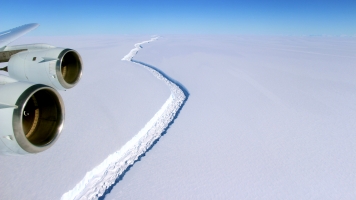 Glaciologists will use boats, planes, satellites, the internet's favorite remote science sub Boaty McBoatface and even live seals with sensor tags to collect data about Thwaites and its environment. They want to understand the bedrock and meltwater under the glacier and how the ice moves toward the sea.

Nobody can say for sure if or when the glacier might fail or if its decline can even be stopped at this point. But the more we know about how and why Thwaites is melting, the better prepared we'll be for a future where sea level rise threatens low-lying cities.