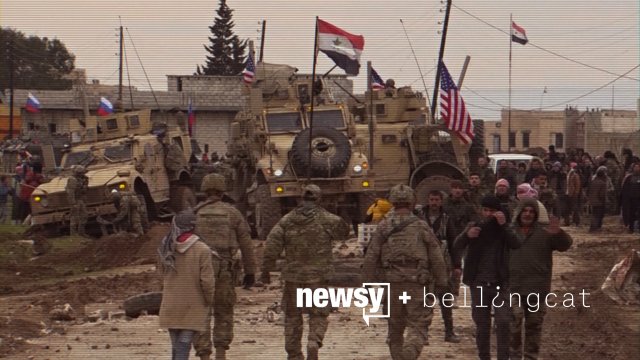 A meeting of U.S., Russian and Syrian troops at a checkpoint turned into a deadly confrontation for civilians.

American, Syrian, and Russian troops all converged on a single checkpoint in northern Syria in what turned into a deadly confrontation for civilians. The latest report in our Newsy+Bellingcat investigative series breaks down how and why that happened — and shows a new trend of US-Russian overlap as Syria has become more crowded for both sides.