Treasury Analysis Says Senate Tax Plan Will Pay For Itself 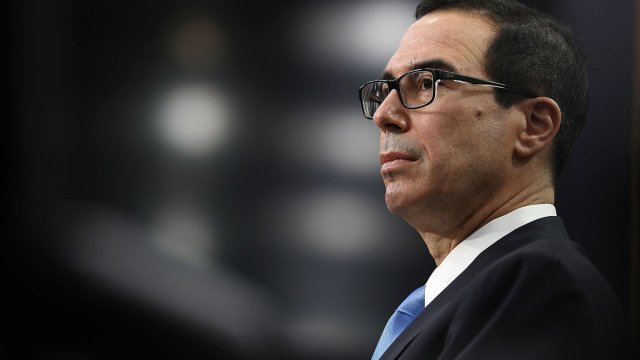 SMS
Treasury Analysis Says Senate Tax Plan Will Pay For Itself
By Gabrielle Ware
By Gabrielle Ware
December 11, 2017
The Treasury Department says Republican leadership will lead to enough growth to offset the expensive plan, but other groups aren't so sure.
SHOW TRANSCRIPT

The Treasury Department says the Republican tax plan will pay for itself with the help of economic growth under Republican leadership.

It released a one-page report Monday that claims the approximately $1 trillion deficit the plan is expected to create will be offset by about 2.9 percent economic growth over 10 years.

The Treasury argues that the Trump administration's policies will lead to enough extra economic growth to create $1.8 trillion in new revenue over a decade. But other assessments haven't been quite so rosy. 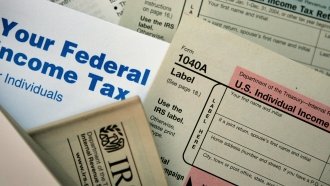 The Joint Committee on Taxation calculated the tax plan would still add about $1 trillion to the deficit over the next 10 years — and that's after it factored in the potential hike in economic growth.

The Urban-Brookings Tax Policy Center, a nonpartisan policy group, also released a report Monday. It said after adjustments, the tax plan would add about $1.2 trillion in debt by 2027.

The Treasury used the 2018 White House budget for its estimates on U.S. GDP growth. However, the numbers for corporate and individual tax rates in that budget are different from those proposed in the Senate tax plan.

GOP leaders may feel pressure to prove the plan pays for itself. Treasury Secretary Steven Mnuchin has been saying it will for months. In November he said, "Not only will this tax plan pay for itself, but it will pay down debt."

Republicans reportedly want to have the plan on President Donald Trump's desk by Dec. 20, at the latest.