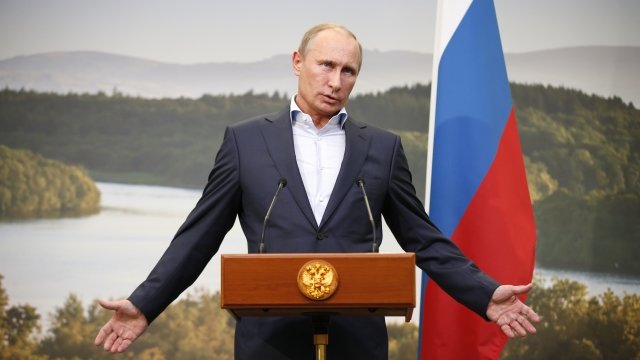 SMS
US Treasury Imposes Sanctions On Several Russian Intelligence Officers
By Ahmed Jawadi
By Ahmed Jawadi
December 19, 2018
​Some of the parties sanctioned allegedly attempted to interfere in the 2016 elections.
SHOW TRANSCRIPT

On Wednesday, the U.S. announced it is sanctioning 15 Russian intelligence operatives for their "involvement in a wide range of malign activity."

The Treasury Department said in a press release some of the sanctions were due to officers allegedly attempting to interfere in the 2016 elections, as well as launching cyberattacks on a slew of U.S. and international organizations.

Two of the officers sanctioned were involved in the attempted assassination of a former Russian spy and his daughter in the U.K. earlier this year. The British government, along with the U.S., Germany, France and Canada, blame the Russian government for the attack.

Along with the freshly imposed sanctions, the Treasury Department also said it was lifting sanctions on three Russian companies, one of which is the world's second-largest producer of aluminum.

Treasury officials said the companies had made "significant restructuring and corporate governance changes" that allowed them to have the sanctions lifted.