Trump Administration To Allow Americans To Sue Companies In Cuba 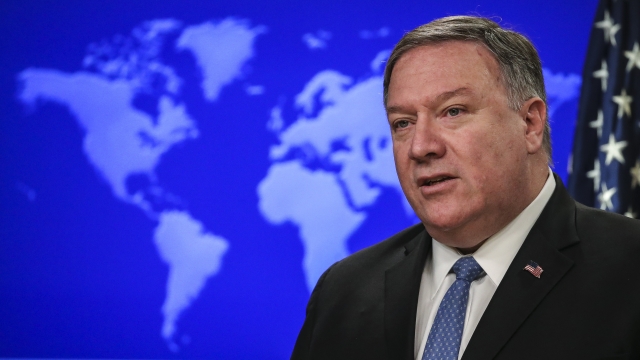 SMS
Trump Administration To Allow Americans To Sue Companies In Cuba
By Ahmed Jawadi
By Ahmed Jawadi
April 17, 2019
Americans who had property confiscated by Cuba after the 1959 revolution will soon be allowed to sue.
SHOW TRANSCRIPT

The Trump administration has announced it will allow U.S. citizens to sue foreign companies doing business in Cuba.

Secretary of State Mike Pompeo said Wednesday the administration will begin enforcing a long-suspended provision of the Helms-Burton Act. This will let Americans who had property seized after Cuba's 1959 revolution file suit against companies that operate out of those properties. Pompeo said the decision to enforce the 1996 act "in full means a chance at justice for Cuban Americans who have long sought relief for Fidel Castro and his lackeys seizing properties without compensation."

Every U.S. president since the act's inception has suspended the provision to avoid a bevy of lawsuits and diplomatic issues, particularly with the EU, since many European countries have business ties in Cuba. Last week, the EU threatened to sue the U.S. at the World Trade Organization if it proceeded with the move.

National security adviser John Bolton revealed even more measures the administration was taking against Cuba during a speech in Miami marking the 58th anniversary of the Bay of Pigs invasion.

"The department of the treasury will implement further regulatory changes to restrict non-family travel to Cuba," Bolton said. "We are also announcing 5 additions to the Cuba restricted list, which prohibits direct financial transactions with entities tied to Cuba's military, intelligence and security services and personnel. We will also be announcing new limits on remittances to Cuba ... our new limits will be $1,000 per person per quarter."

The move is likely an effort by the U.S. to force Cuba to back off its support of Venezuelan President Nicolás Maduro. During his speech, Bolton said, "Havana continues to prop up Maduro and help him sustain the brutal suffering of the Venezuelan people. As President Trump has said, Maduro is quite simply a 'Cuban puppet.'"

Pompeo said the provision will go into effect on May 2. A spokesperson for the State Department said the Justice Department confirmed about $2 billion worth of property has been confiscated in Cuba.