US To Increase Sanctions On Iran 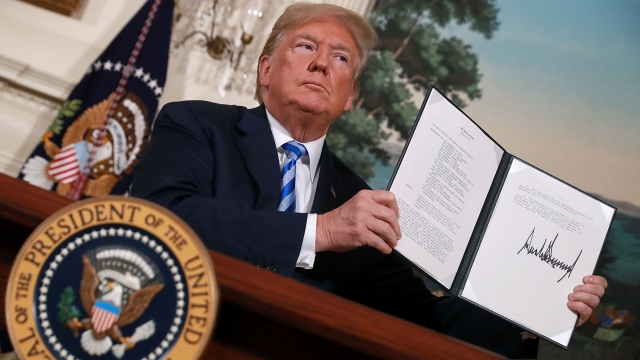 President Trump headed to Camp David on Saturday, where he says he will have meetings about Iran.

President Trump told reporters on Saturday, "We have about as strong a sanction grouping as you could possibly have on any country — but we're putting additional sanctions on, they're going on slowly and in some cases actually pretty rapidly."

So far there haven't been any other details about the sanctions.

The U.S. lifted sanctions on Iran when it agreed to the nuclear deal in 2015, but then reimposed those sanctions when President Trump announced it was leaving the deal in 2018. He said he made the decision to withdraw because, QUOTE, "we cannot prevent an Iranian bomb under the decaying structure of the current agreement."

President Trump headed to Camp David on Saturday, where he says he will have meetings about Iran. The president also said military action is still on the table "until we get this solved."