China Promises To Lodge Complaint Over More US Tariffs 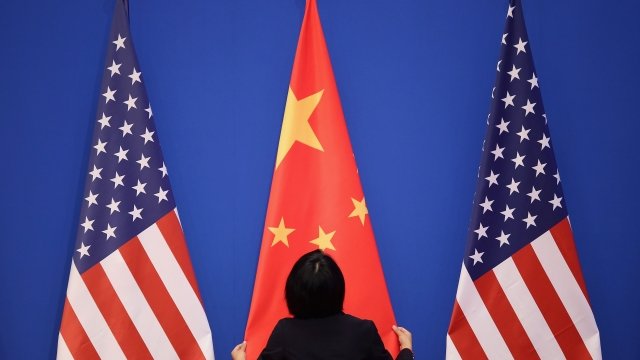 The Trump administration announced Tuesday it's preparing a new round of tariffs on $200 billion worth of Chinese products.

That 10 percent tariff would be on top of the 25 percent one the U.S. imposed on Chinese goods worth $34 billion earlier this month. That tax targets more than 800 items, including auto parts and medical devices.

On Wednesday, its commerce ministry said it would "be forced to take necessary countermeasures" regarding the 10 percent tariff. China didn't go into detail about what those countermeasures would be.

Over 6,000 goods were on the U.S. list released Tuesday, including agricultural products, seafood products and tires.