US To End Temporary Protected Status For Nearly 60,000 Haitians 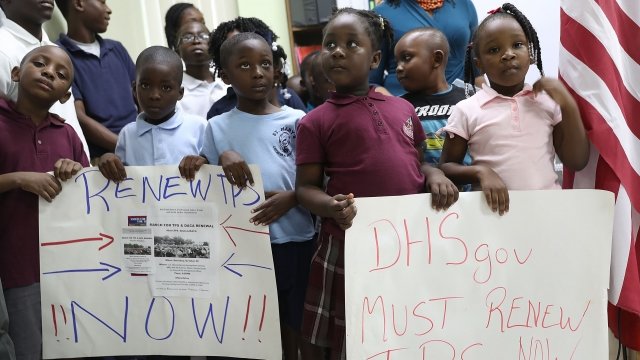 SMS
US To End Temporary Protected Status For Nearly 60,000 Haitians
By Briana Koeneman
By Briana Koeneman
November 21, 2017
The Department of Homeland Security announced its decision to terminate the TPS designation given to Haiti following the devastating 2010 earthquake.
SHOW TRANSCRIPT

Ever since a powerful earthquake rocked Haiti in 2010, tens of thousands of the country's citizens have been living and working in the U.S.

But now, the Trump administration is ending the program that allowed them to do so.

On Monday, the Department of Homeland Security announced its decision to terminate the Temporary Protected Status, or TPS, designation for Haiti.

Under the TPS program, people from certain countries dealing with conflict or disaster can temporarily stay in the U.S. until it's safe to go back.

In Haiti's case, the DHS says it determined the "temporary conditions" caused by the massive earthquake no longer exist. 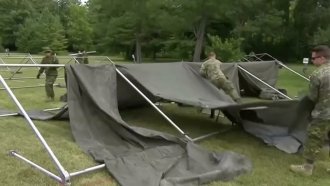 But critics of the move say those conditions haven't improved nearly enough to force Haitians to return home.

Since the 7.0 magnitude earthquake, the island has been hit with significant hurricane damage, and it continues to battle a persistent cholera outbreak.

But ending the TPS designation for Haiti could have negative implications for the U.S., too.

According to the Center for Migration Studies, thousands of Haitian TPS holders have homes they could be forced to leave behind.

And many have children who were born in the U.S., making those children U.S. citizens. That could complicate decisions for families faced with returning to Haiti.

The DHS says it will terminate Haiti's TPS designation on July 22, 2019.