US To End Annual Large-Scale Military Exercises With South Korea 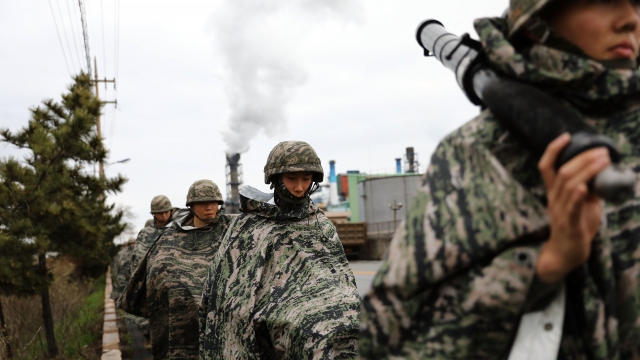 The U.S. will end its annual large-scale joint military drills with South Korea.

Defense officials told NBC News the large-scale military exercises that take place every spring, known as Foal Eagle and Key Resolve, will no longer be held. Instead, the U.S. and South Korea will conduct smaller, mission-specific training that could involve virtual training.

President Donald Trump suspended joint drills last year after his first summit meeting with North Korean leader Kim Jong-un. The president criticized the large-scale exercises as being too costly. But the U.S. walked it back a few months later, saying the exercises were still on but would be scaled-down.

Officials say the exercises are ending as part of an effort to ease tensions between the U.S. and North Korea. North Korea has considered past exercises provocative, and called for them to end.

The news comes shortly after President Trump met with Kim for a second nuclear summit meeting in Vietnam. The president announced Thursday he and Kim were unable to reach a deal during their meeting.