US And Taliban Negotiators Have Drafted 2 Agreements 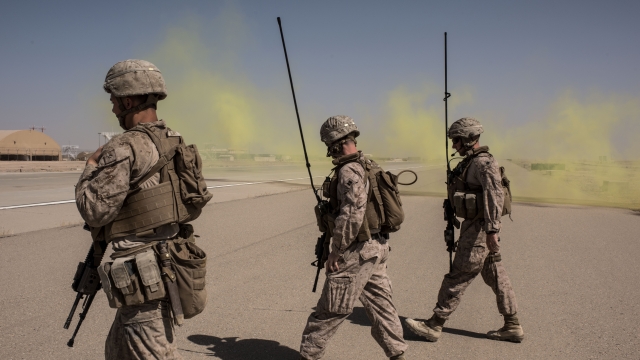 After nearly two weeks of talks in Qatar, the U.S. and the Taliban have produced two draft agreements to help bring the 17-year war in Afghanistan to a close.

U.S. envoy and chief negotiator Zalmay Khalilzad said Tuesday that peace "requires agreement on four issues," which both sides already agreed on during talks in January. Both parties have now agreed to draft solutions to two of those issues: counterterrorism assurances and troop withdrawal. Once those draft agreements are finalized, work can begin on the other two issues, "intra-Afghan negotiations on a political settlement and comprehensive ceasefire."

Khalilzad said the next step for the U.S. would be discussions in D.C. and "consultations with other partners."

The recent meetings have been the longest talks between the Taliban and the U.S. since the war in Afghanistan began in 2001.